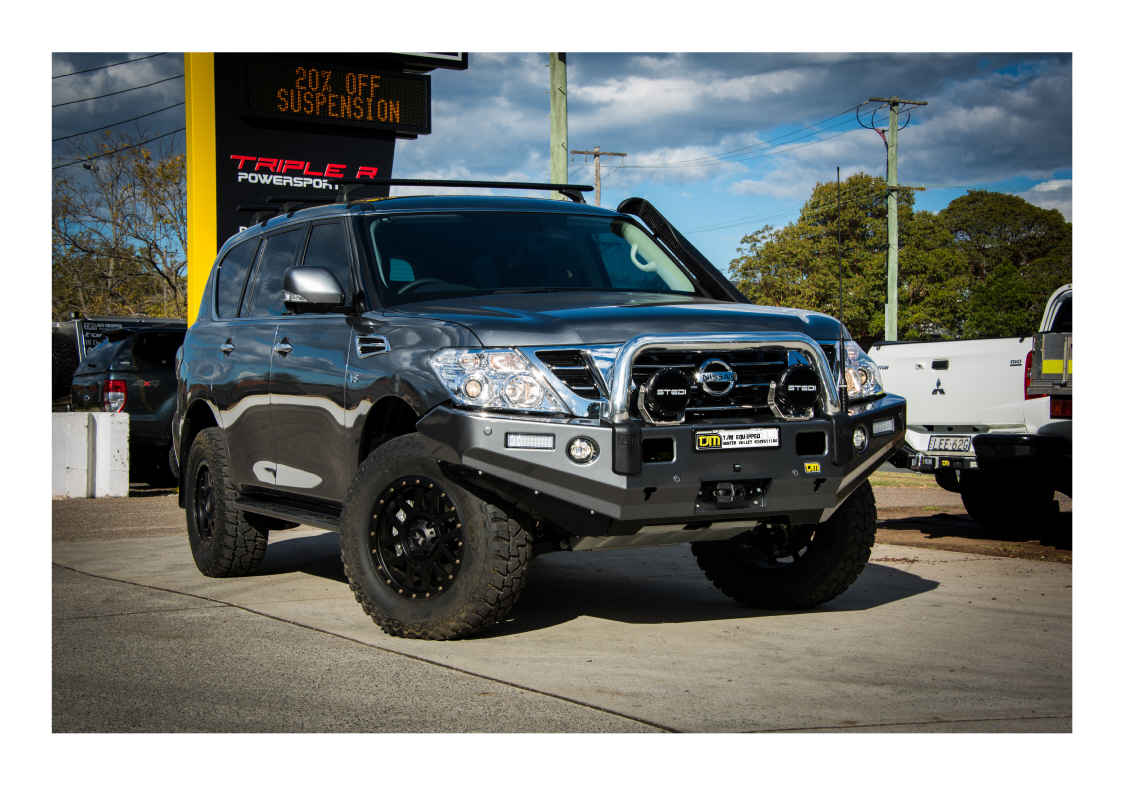 It’s been a while since we’ve seen something a little different come through the workshop here at TJM Hunter Valley so it was a bit of an enlightenment to do a build on Nissan’s flagship Y62 Patrol. This fire breathing V8 beast of wagon received the once over and has gone from  humble beginnings to an off-roading weapon that is not only built to do the hard yards , but looks the part as well. 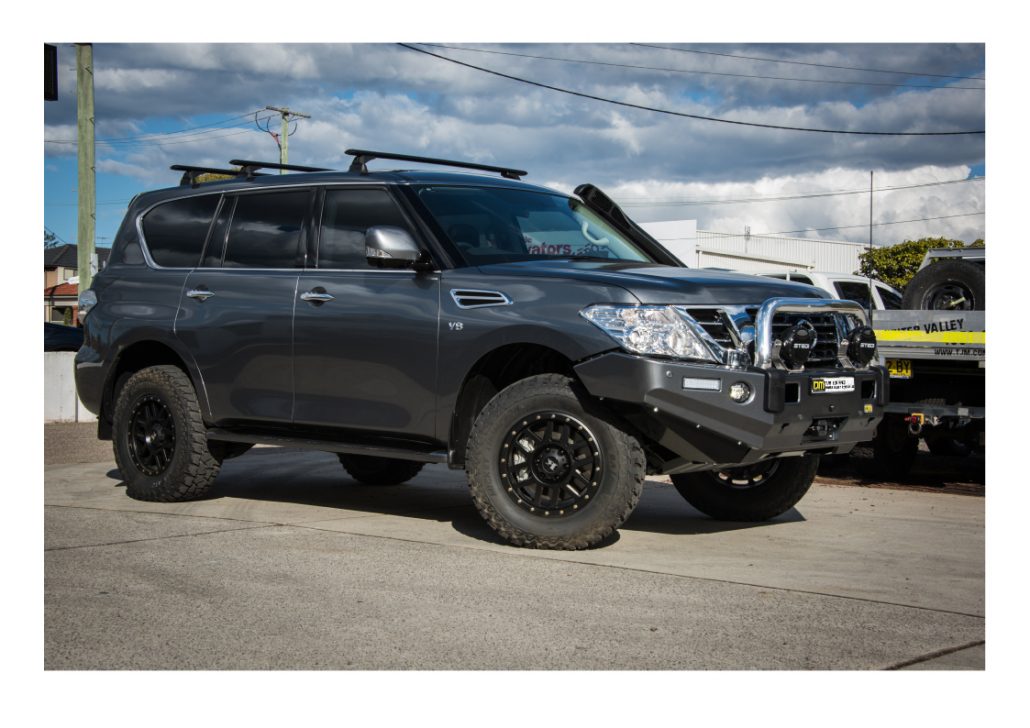 In a diesel crazed market, the Y62 with its V8 petrol only line up hasn’t been the greatest seller on the Aussie 4WD market. However people are slowly but surely coming around to the fact that you don’t necessarily need a diesel for touring, especially when you have a capable 4WD with a motor that can be as flexible as a diesel with low down torque and still retain reasonable fuel economy for an engine that pumps out nearly 300kW and pulls around 3 tonnes of metal. And with modern diesel motors having more and more restrictions put on them to reduce emissions that can cause reliability issues such as EGR systems and DPF exhaust systems not to mention the fact that high fuel rail pressures caused by common rail diesel injection systems can seemingly be like ticking time bombs, petrol alternatives are becoming a better option than they were 20 years ago, as the diesel motor is no longer the reliable old tractor it once was. 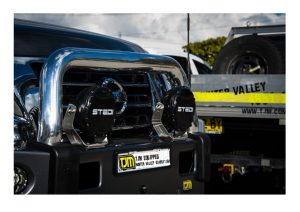 We started this Y62 build with the TJM T3 Explorer Bar, colour coded to suit the vehicle’s factory paint scheme. The T3 is a perfect mix of styling and vehicle protection with its solid steel base construction which also gives the Patrol a better approach angle without changing the overall look of the front end on the big wagon.

The bar also houses a TJM 9,500lbs winch with synthetic rope and a Factor 55 winch hook to take care of recovery duties and there’s a pair of Stedi Type X 7.5 inch LED driving lights to light up the tracks. 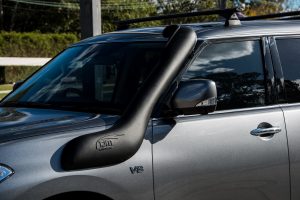 An essential item on any touring vehicle is a snorkel and the TJM Airtec snorkel has a lower profile snorkel head which still provides great airflow while being down out of harms way when the tracks get tight and overgrown.

An ARB single motor compressor was fitted to air up the Mickey Thompson ATZ P3s which are a 275/70 R18 on Kings Alloy wheels.

The Y62 Patrol uses Nissan’s Hydraulic Body Motion Control (HBCM) suspension which replaces conventional shock absorbers and sway bars with hydraulic chambers that are linked together via a hydraulic circuit. This set up makes the big heavy wagon handle surprisingly well on-road and simulates live axle articulation off-road –  as one wheel lifts it forces hydraulic fluid to the opposite side forcing that wheel down. 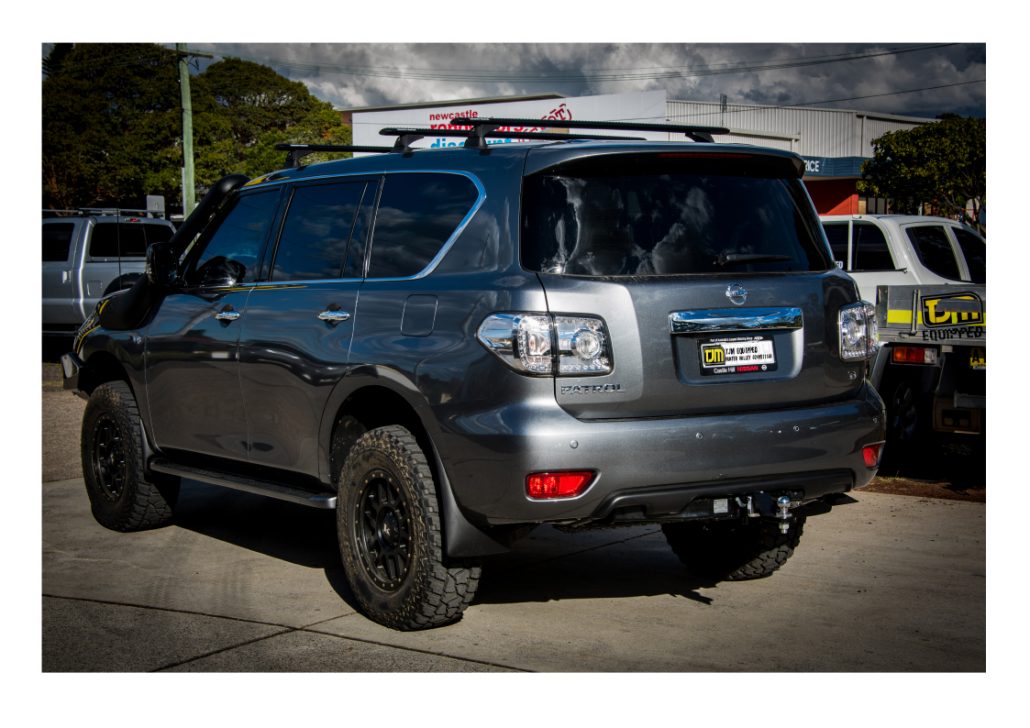 However like most 4WDs straight out of the box, ground height can always be improved to make the vehicle more capable off-road and lifting one of these high tech off-roaders is not as straight forward as a conventional suspension set-up. Ontrack 4×4 supplies a raised height kit which consists of extended control arms, caster correction bushes and airbags which we fitted to raise the overall height of the Patrol approximately 2 inches giving the Y62 a tough new look and improving approach, ramp-over and departure angles dramatically. 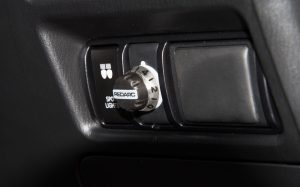 We finished the Patrol off with a GME XRS 330C UHF radio, Oricom 6.5dBi antenna and a Redarc Tow Pro Elite trailer braking system to further improve its touring capability. The customer was one happy Patrol owner and this is one capable 4WD to keep an eye out for on the tracks. 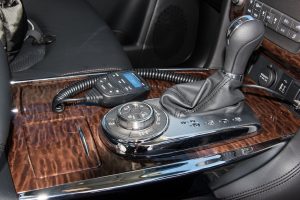 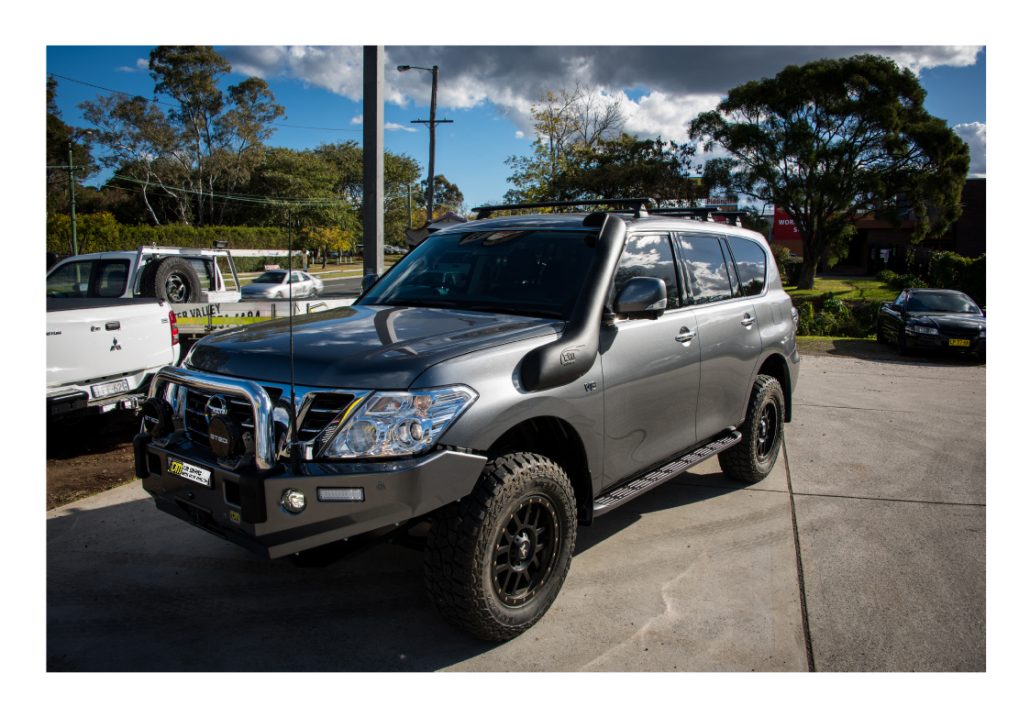 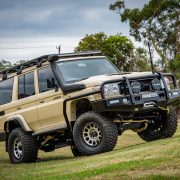 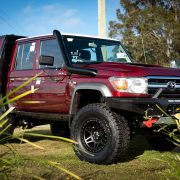 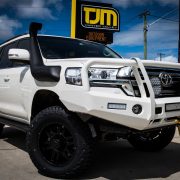 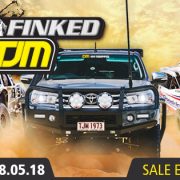 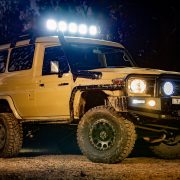 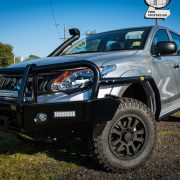 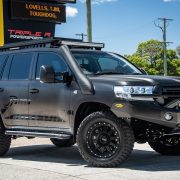 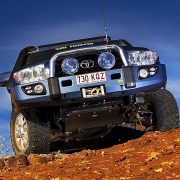