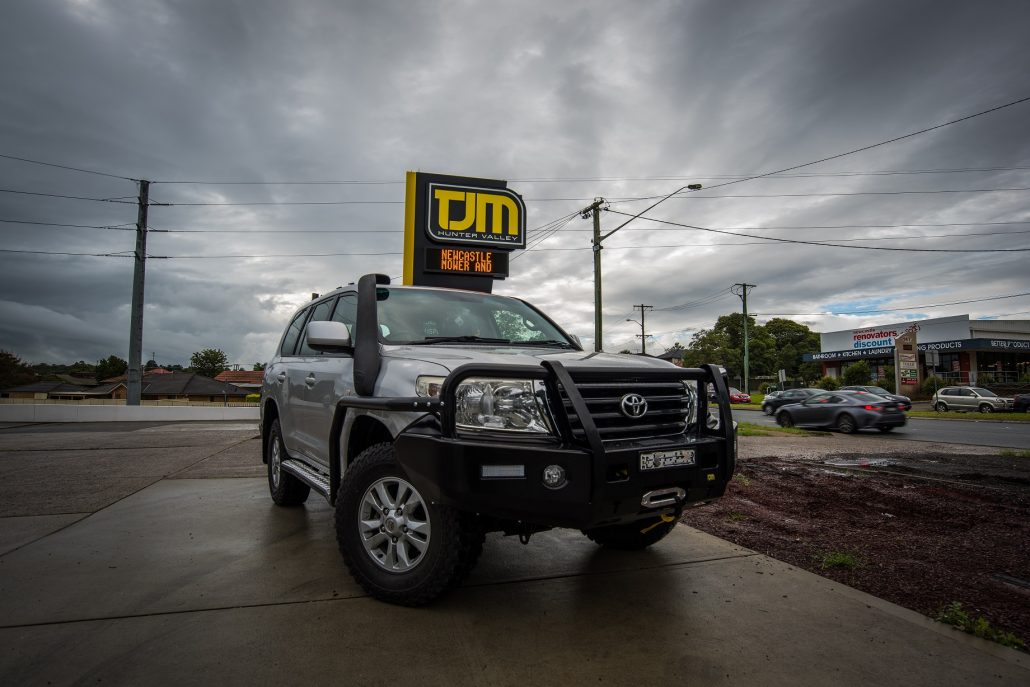 We’ve just completed work on yet another 200 Series and we are pleased to say that it’s come up as well as we’ve learned to expect. Here at TJM Hunter Valley we are turning over 200 Series LandCruisers like they are going out of fashion, and we mean turning over in a good way of course!

This one received the works as well including complete barwork using a combination of the TJM front and side protection and the Kaymar rear bar. The bull bar is the T13 Outback back which is a winch compatible premium bar that features 63mm tubing, LED indicators, park lights and fog lights. We’ve also mounted a set of TJM brush rails and side steps which also run 63mm tubing and offer plenty in the way of protection when it comes to pushing the 200 Series to it’s limits in the scrub. Handling the rear protection duties is the Kaymar rear bar with spare wheel and jerry can holder.

Suspension is bought to you courtesy of Fox and this particular 200 is running the 2.0 Performance Series, with a diff drop kit and upper control arms by Roadsafe. With this particular combination we’ve been able to raise the rear by 2 inches and level the front up to get rid of that nose-down stance. The Performance Series runs a 2″shock body with plenty of height adjustment and those Roadsafe products keep the CV joints at the right angle to allow for full articulation and travel without damage or premature wear.

There’s a TJM Airtec snorkel which has the streamlined wedge-tailed style head keeping it tucked down out of harm’s way and looking neat and tidy, while still retaining the same amount of air-flow, functionality and quality as all the other big-name snorkels on the market. 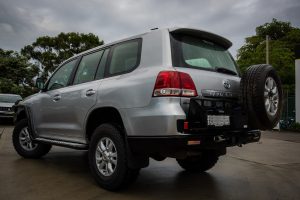 The standard traction aids in the 200 Series are Ok but for the ultimate traction control Harrop E-lockers have been installed, front and rear on this 200. Alleviating the need for on-board air and fewer parts make the Harrop units an easer option than the air-activated diff locks and the Harrop brand is well known for its durability.  Of course there’s no point running traction aids if youre tyres can’t get the power to the ground in the soft stuff, so a set of Mickey Thompson ATZ P3s have been fitted to the standard rims.

Owner Peter will be well equipped for some serious touring and will be hitting the tracks with full confidence and for us it’s another happy 200 Series owner rolling out of the TJM Hunter Valley workshop. 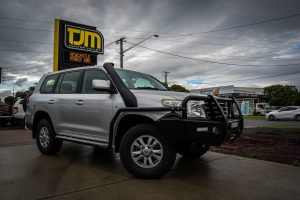